Whether you’re out sun-seeking or sightseeing, Spain has more to offer than just good food and good weather. Home to the original ‘Sephardim’ (‘Spanish Jews’ in Hebrew), Spain is rich with stories and evidence of its Jewish population’s history and culture, right up to the community’s 1492 Expulsion. So wherever you find yourself roaming the country or exploring the city, there’s always something new and unexpected to discover: synagogues built like mosques and converted to churches or statues of Jewish celebrities, Spain has it all, with some breathtakingly beautiful views.

Barcelona – city of Dali, Gaudi and good food. But did you know that Barcelona’s ‘Aljama’, the Jewish community, was one of the largest of medieval Spain, comprising 10% of the city’s population? After the 1391 attack on the city and 1492 expulsion, all that’s left of Barcelona’s magnificent Jewish heritage is the layout of its streets. For some light-hearted relief, the Barcelona Jewish film festival and European Day of Jewish Culture celebrations take place in the city on the first Sunday of September. And of course, check out the Jewish Call! 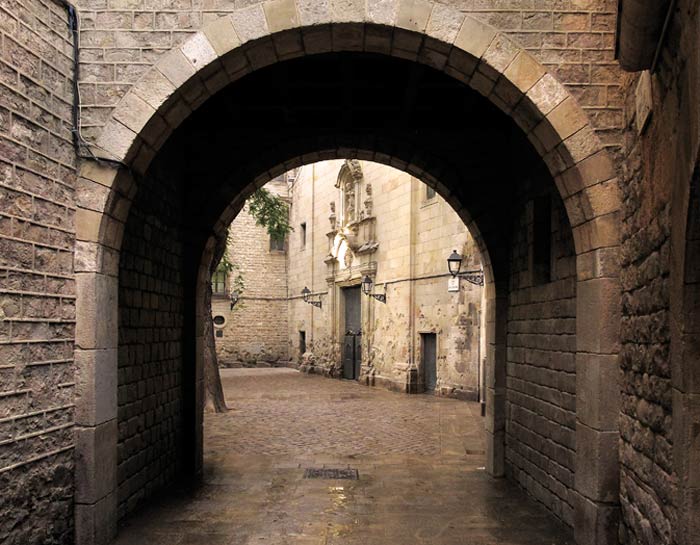 And now to Spain’s very far East – Girona. Girona’s beauty – the hilly Capuchins to the east of the river Onyar; the modern town on the plains of the west – is breathtaking and varied. Nowadays, Girona is a popular day trip for tourists from Barcelona. Its Jewish past, dating from the late 9th century, isn’t completely obvious at first glance; for that, you have to dig a little deeper. Take a visit to the Centre Bonastruc ça Porta – the Jewish Museum, within the boundaries of the Jewish ‘Call’ (quarter) and the site of Girona’s last synagogue–details all areas of medieval Spanish-Jewish life, including the most famous Jewish Gironan of all, the celebrated Talmudist Nahmanides. 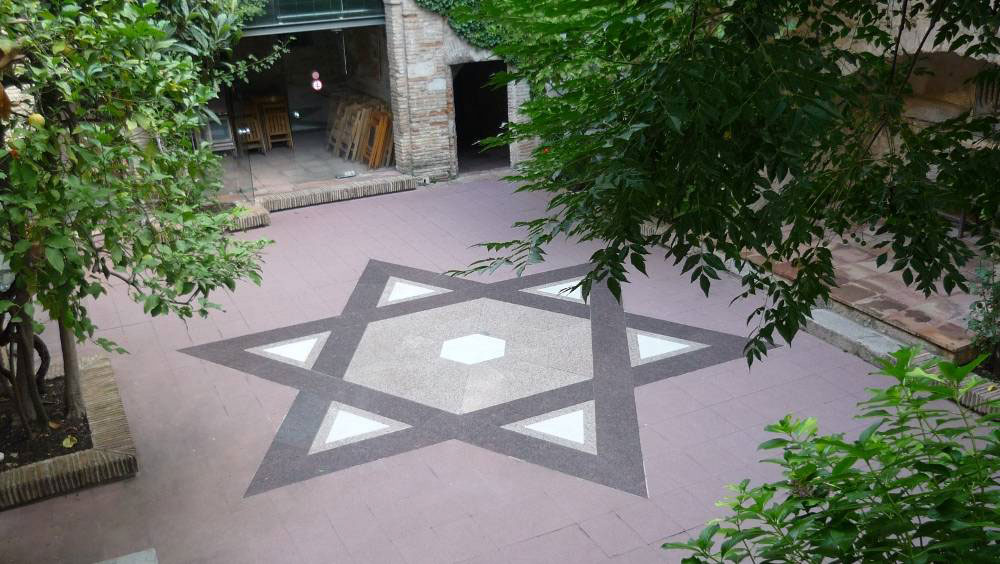 Toledo, close to Madrid, is the city of walls, silk, and swords and one of the most important Jewish cities of medieval Europe. Other than the famous ‘Escuela de Traductores’ (School of Translators), the Jewish quarter (‘Juderia’)’s two remaining synagogues (out of Toldeo’s original ten) are unmissable. The Sinagoga del Transito is a two-in-one attraction – built in 1366, nowadays it contains the Museo Sefardi, detailing medieval Jewish life in Toledo. The Sinagoga of Santa María la Blanca also has an interesting story – permission to build it was granted when the King was in love with a Jewish woman. It was later converted into a church. The path of true love never did run smooth… 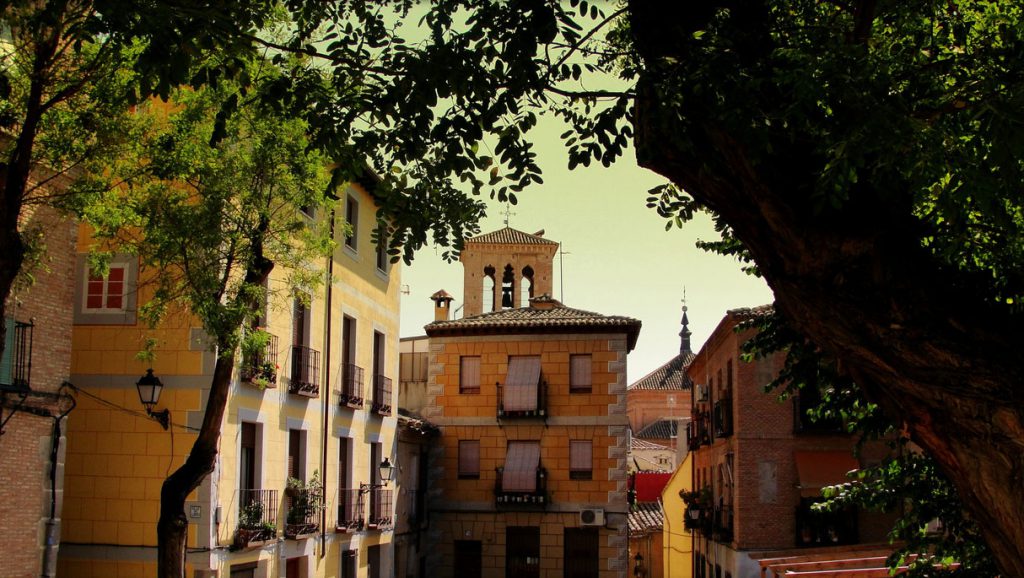 The undulated shape and seven gates of the Segovian Jewish quarter set it apart from the rest of the city. Segovia’s Jewish history is what might best be termed ‘hidden’. There’s a hotel on the site of a famed converso rabbi’s house. Large arches stand, without their gates. Where there were once three synagogues, two dedicated Talmud schools, a Jewish hospital, cemetery, butcher, ovens, and baths, there are now a collection of generic buildings with some lovely scenery and views – the community was forced to liquidate their assets at the time of the expulsion. Happily, within the quarter is the Jewish Quarter Educational center, which is also the former home of an illustrious descendant of converted Jews. 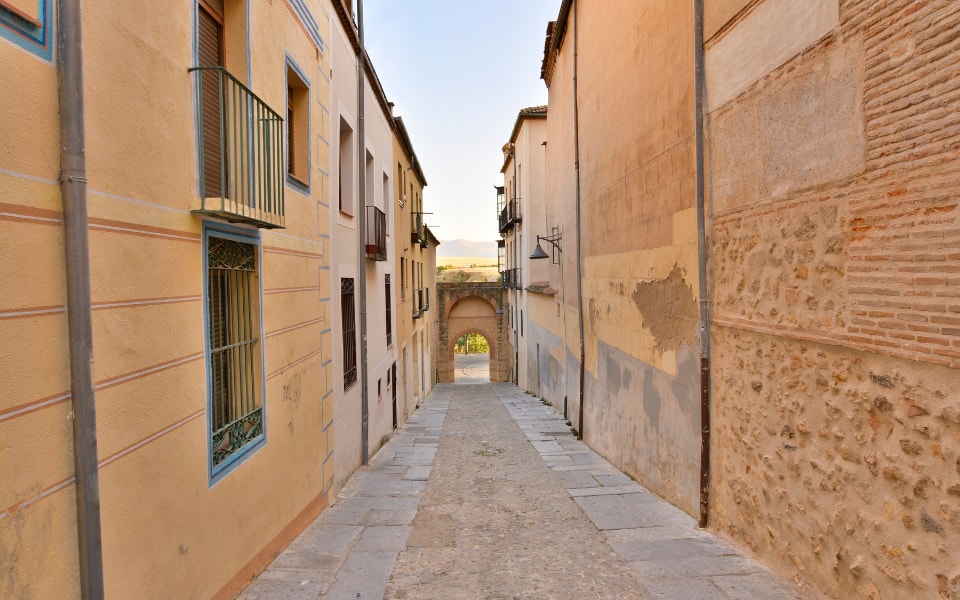 Known as the ‘Capital of Paradise’, unfortunately, nothing original of Oviedo’s Jewish heritage remains in the old Jewish quarter. The city is, however, skilled at commemorating what used to be there. There are many things to ‘not’ see in Oviedo: wander over to the Campoamor Theatre and look for ghosts –below your feet is what used to be the Jewish cemetery, memorialized by a plaque on the side of the theatre. In Juan XXIII Square, a lonely plaque on a pharmacy tells readers that they are in the historic Jewish quarter. Most excitingly, perhaps, just east of the theatre is the commemorative statue of Woody Allen. Yes, you’ve read that correctly. And no, we don’t see the connection either. 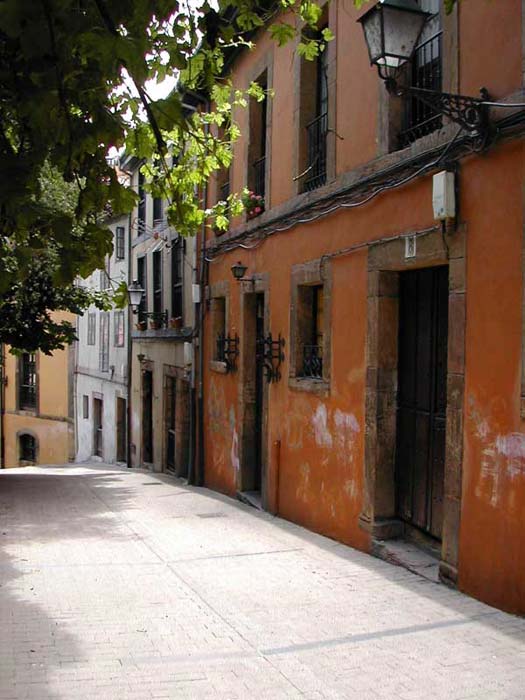 The city of Cordoba plays a pivotal role in the history of Jewish scholarship in Spain. Its achievements made it one of the most known centers of Talmud in the Jewish world. During the 10th century, Cordoba’s Jewish community was as wealthy as it was learned. Of course, like many other Medieval Jewish communities, the Jews of Cordoba lived in their own quarter known as the Juderia. What remains of the Jewish people of Cordoba is a far cry from the once great community that existed during its heyday. However, the city has made a distinct effort to conserve what has managed to remain. In 1985, the Great Synagogue on Calle de los Judios was recognized as a national heritage site. There is also a small museum dedicated to pre-expulsion Jewish life. 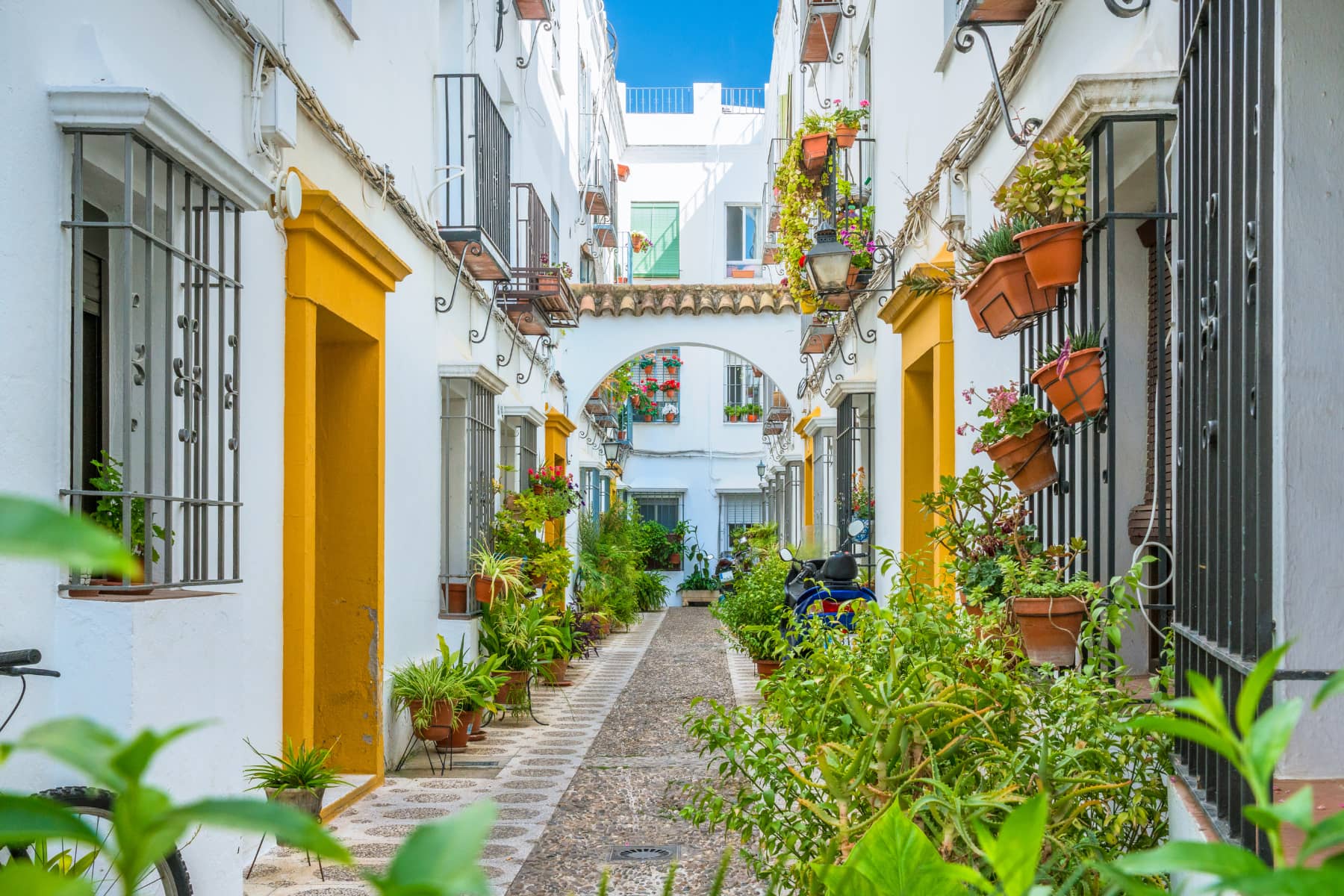 The history of Jews in Seville goes all the way back to the days of King David and the First Temple. In fact, some of the more prominent Spanish Jewish families of Seville claim to be descendants of the great king. The Jewish community of Seville was one of four major communities during Spain’s period of Muslim rule. They served in every facet of society from the common street vendor and merchant all the way to the members of the high court. Seville was an exception to the rule in almost every way for Jewish life. After the Christians reclaimed Spain, they built a second larger Jewish quarter that ran all the way from the Carmona Gate to the city wall.  At one time it housed Spain’s largest Jewish community. This quarter is now known today as the Barrio de Santa Cruz. 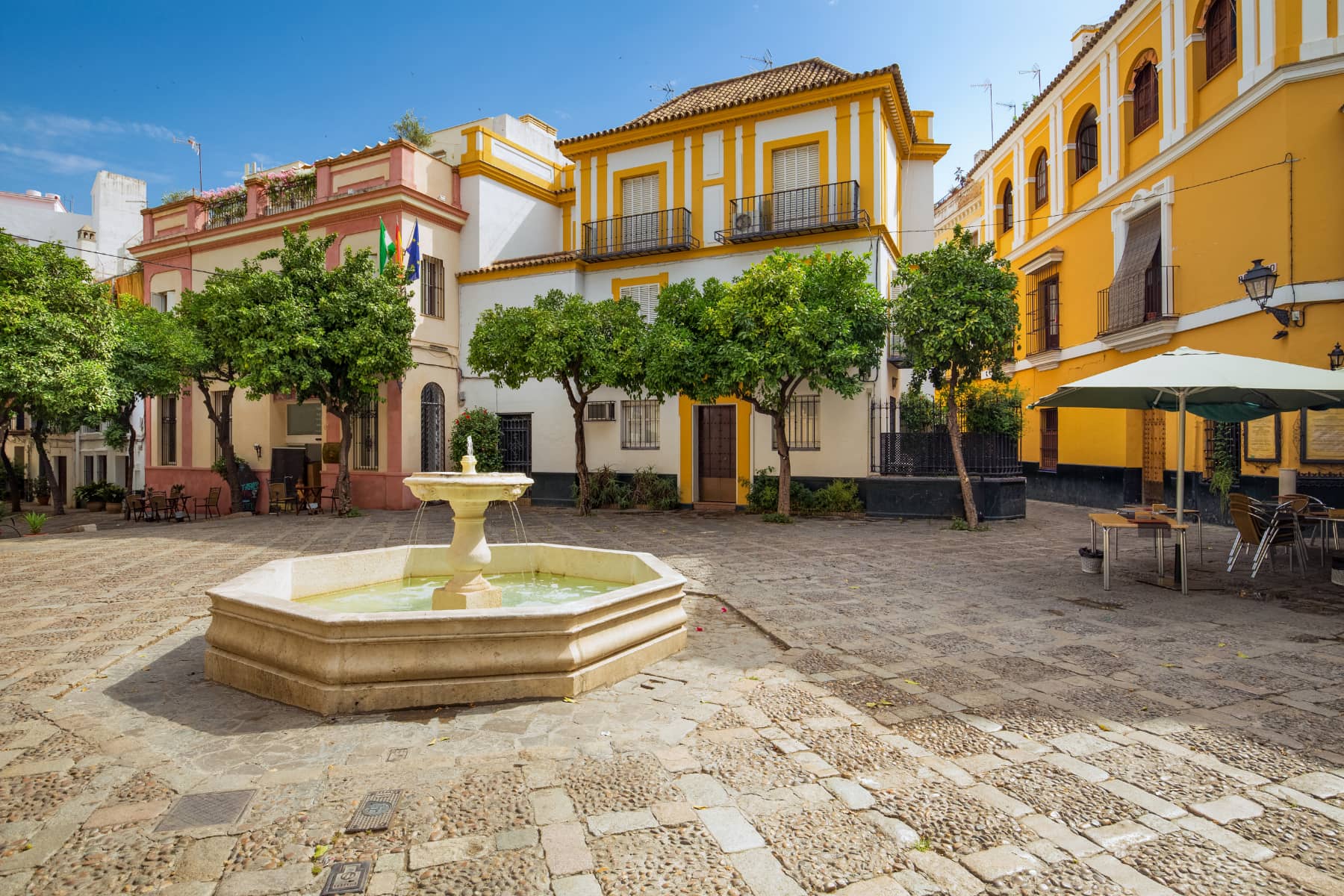 Located in the Southwest of Mallorca, the port city of Palma has an extensive and well-known Jewish history. Palma’s Jewish quarter tells the story of both a thriving and persecuted community. Specifically pertaining to the history of Conversos and a major massacre that occurred there in 1391. There are traces of all this and more within the narrow alleyways and high walls of the former Jewish quarter. Secret synagogues and hidden Hebrew letters are etched into the stone. Today, a population known as Chuetas, the descendants of medieval Palma Jewry, is working to conserve and revive the history of the Jews of Mallorca almost 600 years later. 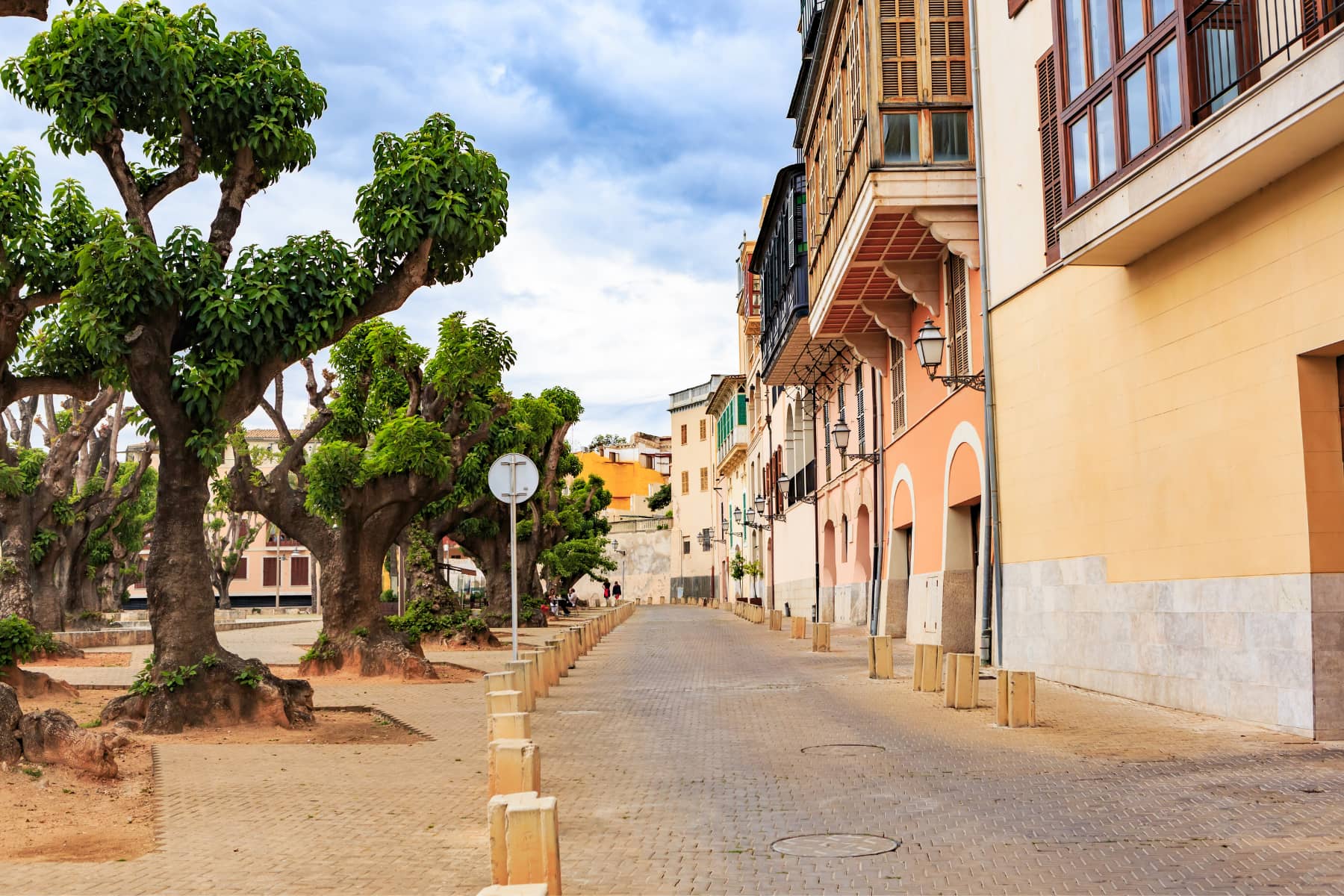 Out of the numerous Jewish communities in Spain, the Juderia of Avila plays a special role in the history of Spanish Jewish rights. The Jews of Sevilla were not subjected to a great deal of discriminatory behaviors unlike their brothers in other cities.  They served the city as being distributors of fine clothing and other textiles. However, despite this good fortune, the Jewish quarter itself had not stood the test of time. There are few traces of this community but what has been remembered through documents and records has been identified and preserved. The building where the Rebbe’s house once stood has since been converted into a hotel. However, the latest victory has been the unearthing of the local medieval Jewish cemetery just outside the 11th century walls of the city! 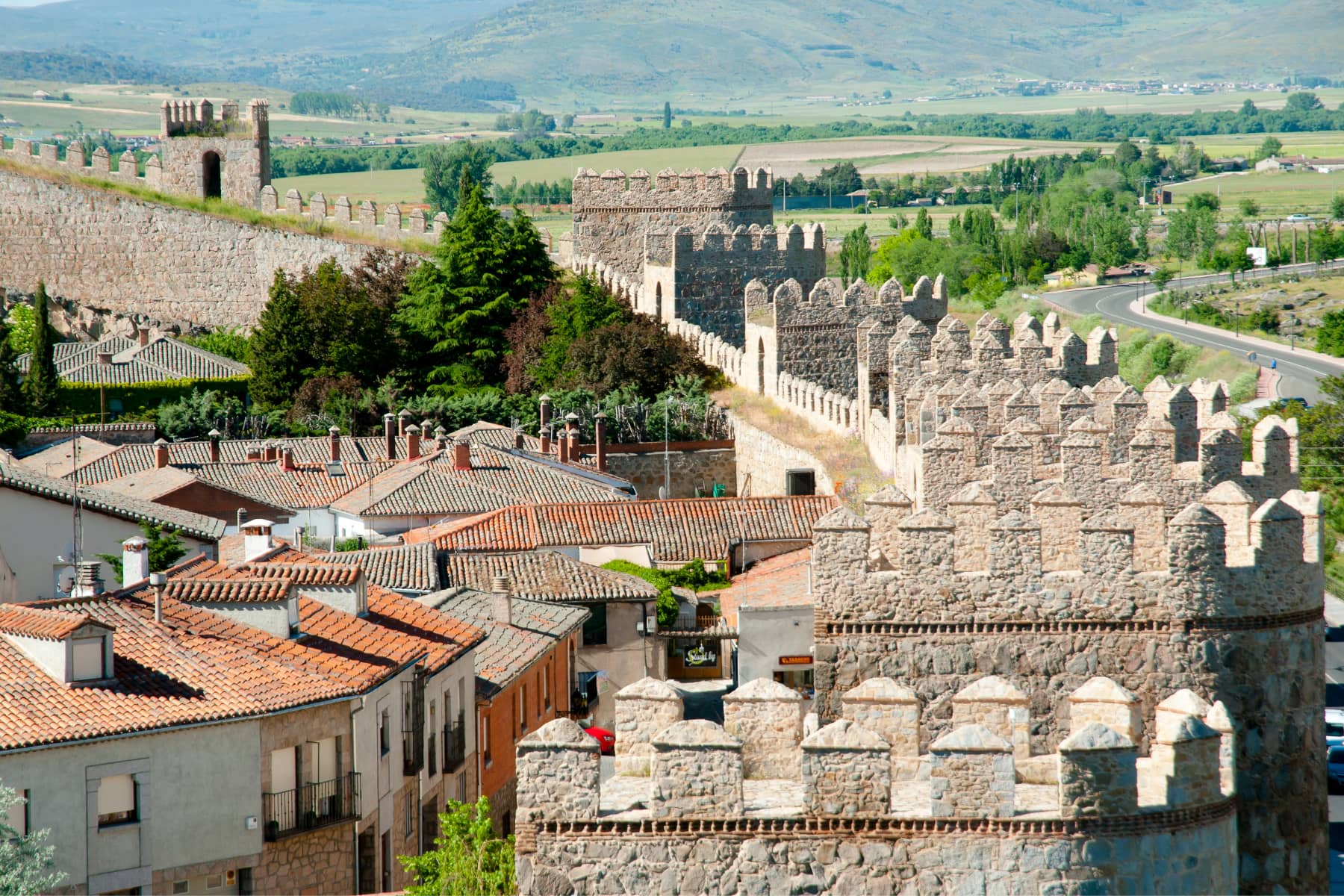 Like most Jewish communities in Spain, their time to thrive came under Muslim leadership in the 10th century. Few traces remain of Jewish history but thanks to the records of Madrid’s historians, the outline of two historic Jewish quarters has since been located. The first quarter was evacuated after the Black Plague and the community was relocated to a new Juderia. The La Almudena Cathedral currently stands in its place. Of the several historic Jewish quarters in Spain Madrid has seen the most regrowth of modern Jewish life. Since 2008 the city of Madrid has celebrated the Hanukkah Festival of Lights, a festive day full of homage paying to Madrid’s past and the present Jewish community. The entire ceremony is a prime example of the new-found good faith and commitment to the future of Spain’s Jewish community. 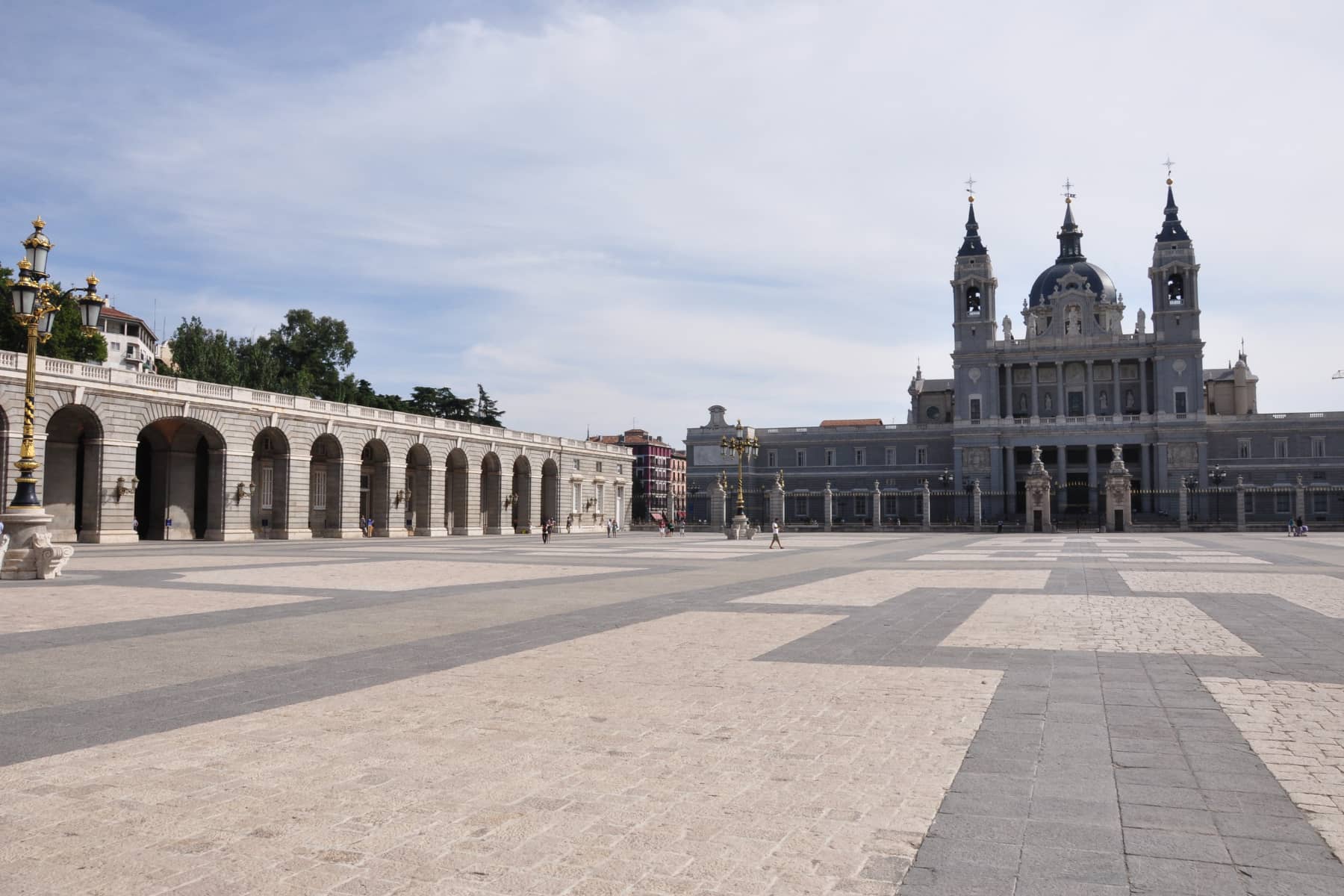 3 Literary Treasures of The Jewish Museum of Rome

5 Virtual Tours That Will Connect you to Israel

Christmas in Israel: Decking the Halls of Jerusalem, Bethlehem, Jaffa, and Nazareth

The Jewish Story of Colmar

The Jewish Story of Harbin

The Jewish Story of Eisenstadt

The Jewish Story of Troyes

The Jewish Story of Ferrara

The Jewish Story of Venice

The Jewish Story of Osijek

The Jewish Story of Tbilisi

3D Photos and Narration about points of interest

A Guided Tour of the Holocaust Center in Tucson, Arizona

Join Staff and Docents on a full tour of the Holocaust Museum & Learning Center in St. Louis Missouri