Burgenland is the easternmost federal state of Austria. In its capital, Eisenstadt, which is about 60 km to the south of Vienna, an orthodox Jewish Community existed until 1938, which was part of the well-known Siebengemeinden (Sheva Kehillot). Jews had lived here since the Middle Ages and stood under the protectorate of the Esterházy noble family since the end of the 17th century.

Eisenstadt’s first Jewish quarter, which existed from the Middle Ages to the 17th century, is located directly next to the Esterházy family’s palace, where Joseph Haydn was working as a court musician. The younger Jewish quarter, which is also located in the immediate neighborhood of the palace and the connected park, is today home to the Austrian Jewish Museum and the Burgenland State Museum. Among the best-known names associated with Eisenstadt are the Wolf and Wertheimer families. Every year, numerous Jews make a pilgrimage to the grave of the famous Rabbi Meir Eisenstadt, who was active in Eisenstadt during the 18th century and whose works are still studied today. 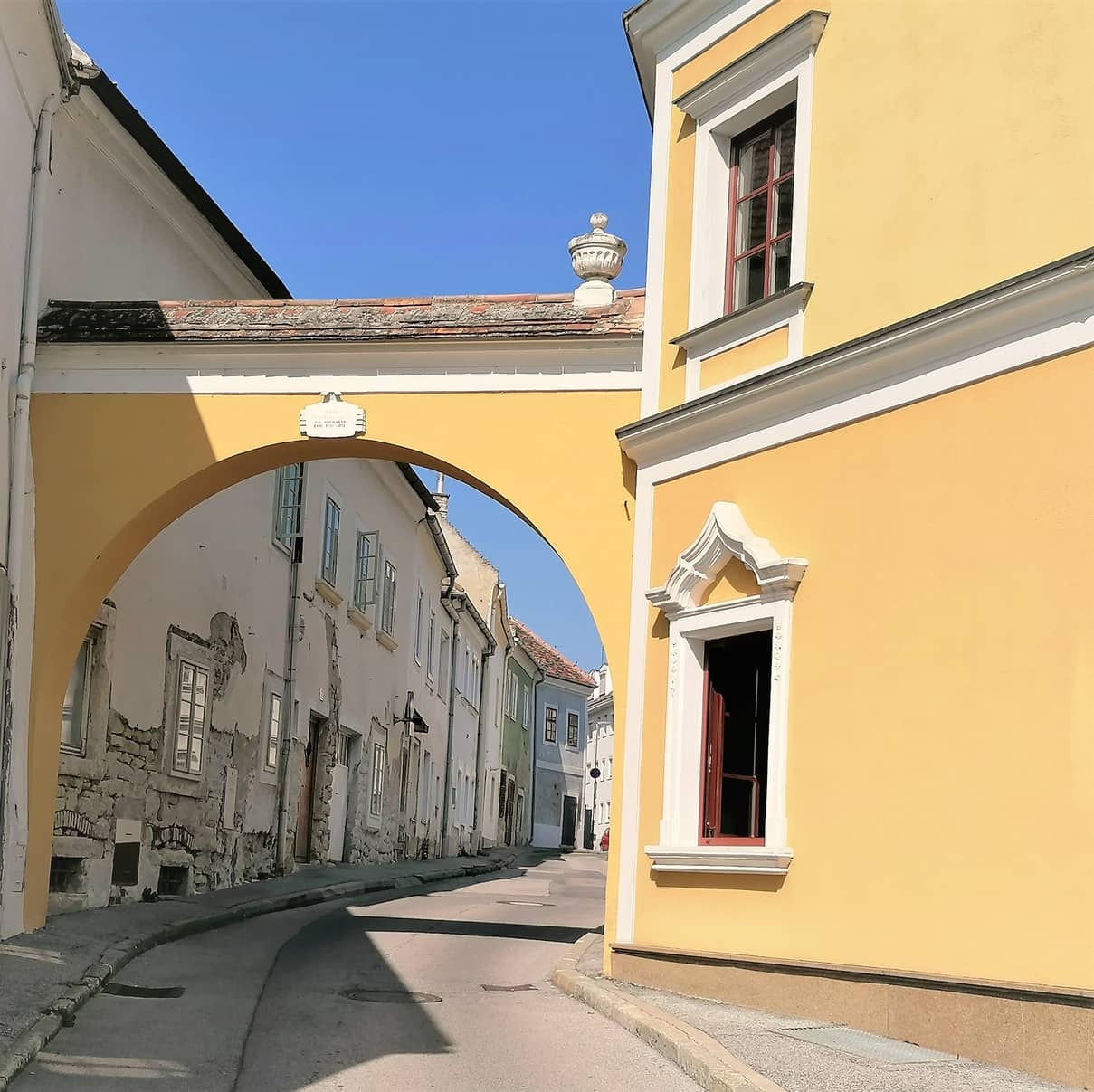 As early as the Middle Ages, Eisenstadt was the only fully developed Jewish Community on the territory of today’s Burgenland. The first reliable evidence of a Jewish settlement in the city dates back to 1296, and there are numerous records of Jewish families in Eisenstadt during the 14th and 15th centuries. After the expulsion of the Jews from Hungary in 1671, which also affected the Jewish Community of Eisenstadt, they received permission to return in the same year and the Jewish Community was re-established. From 1732 onwards, the Jewish quarter formed the independent community of “Unterberg-Eisenstadt”. The local judge was confirmed by the landlord and received the judge’s staff by him as a sign of his authority.

In 1836, the community had its highest number of inhabitants, namely 906 Jews. After the end of the dependency of the Esterházy family in 1848, the Jews became free, equal (Hungarian) citizens. In 1871 they founded the independent “Großgemeinde Unterberg-Eisenstadt” as the “Israeliten-Gemeinde Eisenstadt” with its own mayor and senior civil servant. Only after the National Socialists came to power in Austria in 1938 Unterberg-Eisenstadt was incorporated into the Free City of Eisenstadt. The column with the chain with which the residents fenced off the neighbourhood on Shabbat to ensure peace is still a visible sign of political autonomy today. 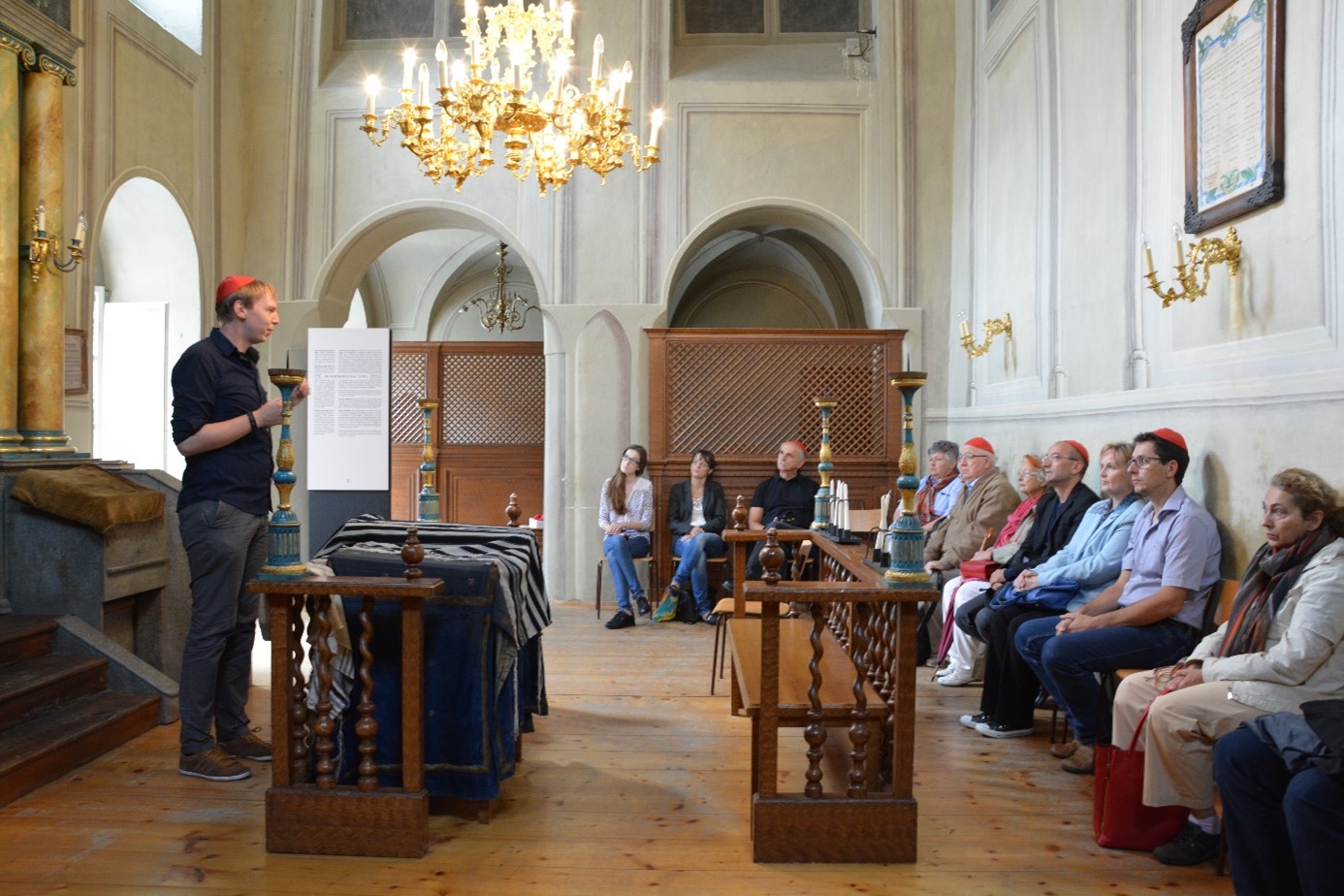 Jews in Eisenstadt had to endure anti-Semitism in all eras. However, the expulsion, deprivation of rights and murder by the National Socialists surpassed anything they had suffered so far in history. Out of 446 Jews in Eisenstadt, about 250 survived the Shoah. Only two Jews from Eisenstadt returned after 1945.

The townscape of the former Jewish quarter (Unterberg-Eisenstadt) is still characterised by its residential buildings. The most prominent features are the elder building complex of the Wolf family with the preserved private synagogue ( today it is the Austrian Jewish Museum), the later building complex of the Wolf family (today it is the State Museum of Burgenland), as well as the older and the younger Jewish cemetery and the Wolf mausoleum on the slope of the Leithagebirge. The synagogue was presumably destroyed before the November Pogrom Night, later demolished and replaced by an office building.

3 Literary Treasures of The Jewish Museum of Rome

5 Virtual Tours That Will Connect you to Israel

Christmas in Israel: Decking the Halls of Jerusalem, Bethlehem, Jaffa, and Nazareth

The Jewish Story of Colmar

The Jewish Story of Harbin

The Jewish Story of Eisenstadt

The Jewish Story of Troyes

The Jewish Story of Ferrara

The Jewish Story of Venice

The Jewish Story of Osijek

The Jewish Story of Tbilisi

3D Photos and Narration about points of interest

A Guided Tour of the Holocaust Center in Tucson, Arizona

Join Staff and Docents on a full tour of the Holocaust Museum & Learning Center in St. Louis Missouri